One of the hardest-working bands on the touring circuit, Zac Brown Band are back on the road and heading to Blossom Music Center on Friday 14th June 2019! The Grammy Award-winning group, whose hotly-anticipated sixth studio album drops this year, will be performing brand new songs on this stint, which they have named the Owl Tour, and according to a press release, they will be bringing some mystical vibes with them… Spooky! 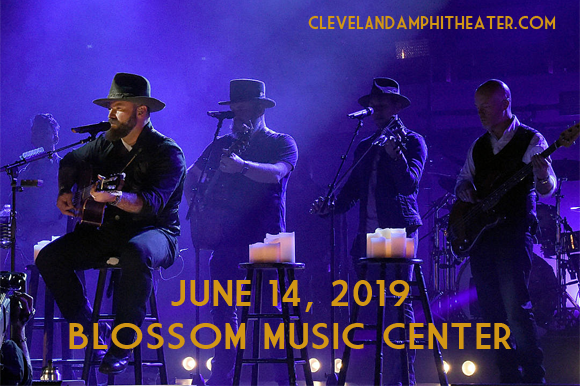 After nearly a decade touring roughly 200 shows a year as a solo act, Zac Brown began to enlist other musicians into what would become the Zac Brown Band in 2002. The following year, Brown started his own record label, and in 2004 he sold his music club and restaurant to buy a tour bus, which enabled the band to tour full time. As the band threw itself into full time touring, more members joined and to date Zac Brown Band consists of Zac Brown (lead vocals, guitar), Jimmy De Martini (fiddle, vocals), John Driskell Hopkins (bass guitar, guitar, baritone guitar, banjo, ukulele, upright bass, vocals), Coy Bowles (guitar, keyboards), Chris Fryar (drums), Clay Cook (guitar, keyboards, mandolin, steel guitar, vocals), Matt Mangano (bass guitar), and Daniel de los Reyes (percussion). The group's debut album, The Foundation, was released in 2008 to huge success – it launched four number-one singles, won the band a Grammy Award for Best New Artist, and has been certified triple-platinum. The band's next two albums, You Get What You Give (2010) and Uncaged (2012) have been certified platinum. Zac Brown Band has released five studio albums to date, the most recent being 2017's Welcome Home.