Zac Brown Band are going back to their roots with a mighty new album that sees a return to some good ol' fashioned country! Heading out on an extensive tour to promote the new LP, Welcome Home, the band is heading to Blossom Music Center on Friday 9th June 2017 for a night of Grammy Award-winning, homegrown Americana! 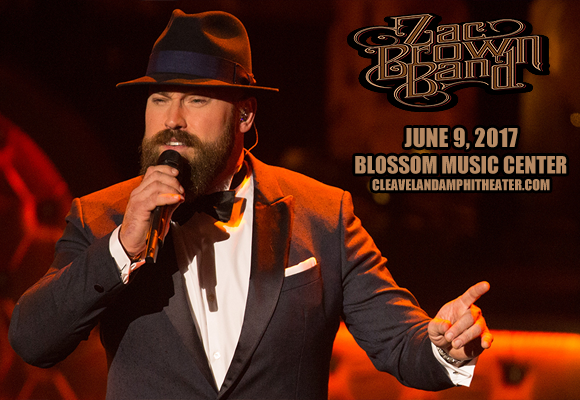 Zac Brown Band are an American country group, whose forays into other genres of music, (including bluegrass, reggae, Caribbean music and EDM, to name a few), have made them a firm favorite of country fans and jam band hippies alike. Active since 2002, the band's debut studio album The Foundation, which went triple-platinum, was released in 2008, and the band's following two albums, You Get What You Give and Uncaged, are certified platinum. Zac Brown Band has released six studio albums to date, three of which have been in collaboration with Atlantic Records, as well as two live albums, one greatest-hits album, and two EPs.