MASSIVE news!! Weezer, Pixies and The Wombats have announced a huge co-headlining tour. The trio of rock and indie bands are coming LIVE to the Blossom Music Center on Wednesday 11th July 2018 – don’t miss it!! Get your tickets NOW while you can!! 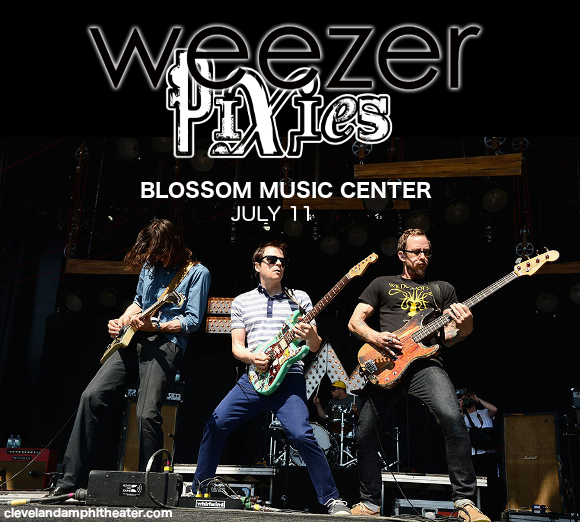 British band The Wombats will be opening the show with their brand new album, the hotly anticipated “Lemon To A Knife Fight,” scheduled for release in April 2018. If its anything like their previous critically acclaimed works, fans won’t be disappointed!

Both Weezer and the Pixies have recent records to present to you live, too. Weezer will be showing off songs from their October 2017 release “Pacific Daydream.” Described by the band as the "Beach Boys gone bad,” it is the band’s most significant departure from their signature sound so far, something that the Pixies respect them for, with Black Francis stating that he admired Weezer’s boldness and ability to “take risks”.

As for the Pixies, they released “Head Carrier,” in 2016, their first album to feature new recruit, bassist Paz Lenchantin. Known for their eclectic live shows, they’ll be playing material spanning their entire career, with nobody, not even the band themselves, knowing exactly what to expect.

Fans of the Pixies, Weezer and The Womabts can’t afford to miss this incredible tripple whammy performance. Don’t wait about – get your tickets TODAY before they sell out!!