Chart toppers Train are not only releasing their tenth studio album, but they're also embarking on the Play That Song Tour, alongside pop songstress Natasha Bedingfield & jam rockers O.A.R.! The "Drops of Jupiter" hit-makers are heading to Blossom Music Center on Saturday 24th June 2017 for a night of brand new songs, solid gold singles, and maybe even a few surprises… 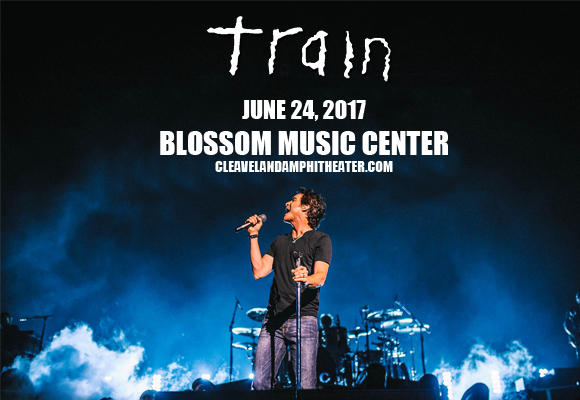 Train is an American roots rock band, formed in 1993. It was their 1998 album Train that launched the band into the mainstream, with their hit single “Meet Virginia”. The band's most successful album, Drops of Jupiter, was released in 2001, generating the lead single "Drops of Jupiter (Tell Me)", which won two Grammy Awards in 2002. The band also had widespread radio play with their 2009 RIAA 6x Platinum-certified international hit "Hey, Soul Sister", which was taken from the album Save Me, San Francisco. The album has been certified gold by both the RIAA and ARIA and has sold 954,000 units. The band’s tenth studio album, titled A Girl, a Bottle, a Boat, was released in January 2017.