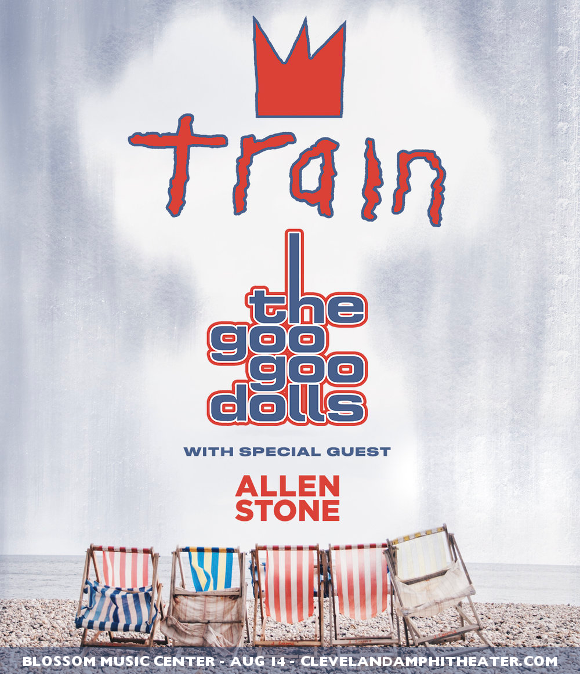 Achieving mainstream popularity right from the start with their debut album “Train,” and the hit single “Meet Virginia,” Train have developed hugely as a band since they formed in 1993 to the present day, experimenting with a wide variety of sounds and styles over the course of their 10 albums to date. The band’s most successful album “Save Me, San Francisco,” was released in 2009, featuring the smash hit singles "Hey, Soul Sister,” "If It's Love,” and "Marry Me,” all of which charted on the Billboard Hot 100, earning the album Gold certification. Most recently, Train have released a greatest hits compilation album, featuring an extra bonus song; a cover by the band of “Careless Whisper,” by George Michael, featuring Kenny G on saxophone!!

Joining Train on tour will be the Goo Goo Dolls – recently having toured in celebration of the 20th anniversary of their album “Dizzy Up The Girl,” featuring the iconic single “Iris”.

Listen to the new single from Train below – and hurry with buying those tickets, they won’t be hanging around for long!!