Best-selling Country music star Tim McGraw comes to Blossom Music Center on Thursday, May 19th, 2022. Joining McGraw on the road is multi-platinum recording artist Russell Dickerson, who will bring his high-energy show to the stage as the direct support for the McGraw Tour 2022, as well as new Country artists, Alexandra Kay and Brandon Davis. “I was sort of like, alright, I’m getting a year off without realizing it, and maybe I’ll enjoy it,” he said in a statement. “Two weeks into it, I got so antsy, and I’m ready to play a show, so I’m trying to figure out what to do.” 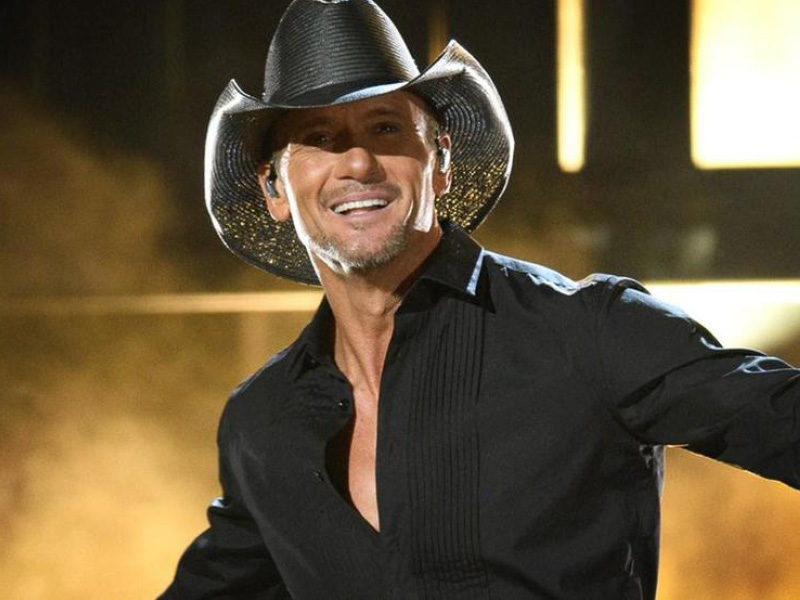 Out of a total of 16 albums, McGraw has had 11 consecutive albums to debut at Number 1 on the Billboard albums charts, and from 65 singles, 25 have hit number 1 on the Billboard Hot Country 100 chart, with 3 singles named the number 1 country song of the year (It's Your Love, Just To See You Smile, and Live Like You Were Dying) He has Won 3 Grammy Awards, 14 Academy of Country Music Awards, 11 Country Music Association Awards, 10 American Music Awards and 3 People's Choice Awards, and is ranked as one of the top five in all genres of music, his Soul2Soul II tour with Faith Hill became the highest-grossing tour in country music history. In addition to seeing McGraw on the road next year, fans can catch him on their TVs beginning this month as he plays James Dutton in the Paramount Plus television series 1883, a prequel to the hit show, Yellowstone. McGraw can be seen starring alongside wife, Faith Hill and actor, Sam Elliott.

Country singer Russell Dickerson is a native of Nashville, and it’s easy to hear in his natural delivery and earworm melodies that he’s familiar with from the city’s famed Music Row. Dickerson’s efforts in the 2000s went mostly unnoticed until he nabbed a platinum hit with “Yours,” a song about the transformative power of love, in 2017, almost two years after it was originally released. Its success was likely thanks to the wedding website, The Knot, calling it, “everything a first dance song should be.” He capitalized on the momentum, tapping into a country-pop sound that pulls back on the twang in exchange for arena-ready choruses and flourishes of R&B vocal styling.