The Cleveland Orchestra: Rafael Payare - From The New World Tickets

The Cleveland Orchestra with Rafael Payare present From The New World at Blossom Music Center on Sunday, July 25th 2021. Relive the incredible experience of meeting America for the first time, the beauty of America through an outsider’s perspective, Dvořák was thrilled by the sounds and sights of this wild new country upon his arrival. He admired the beauty of African American spirituals, and was fascinated by Native American traditions. When describing his New World symphony, he said, “I tried to write only in the spirit of those national American melodies,” yet, in the end, his Ninth is a glowing expression of both the Old World and the New. 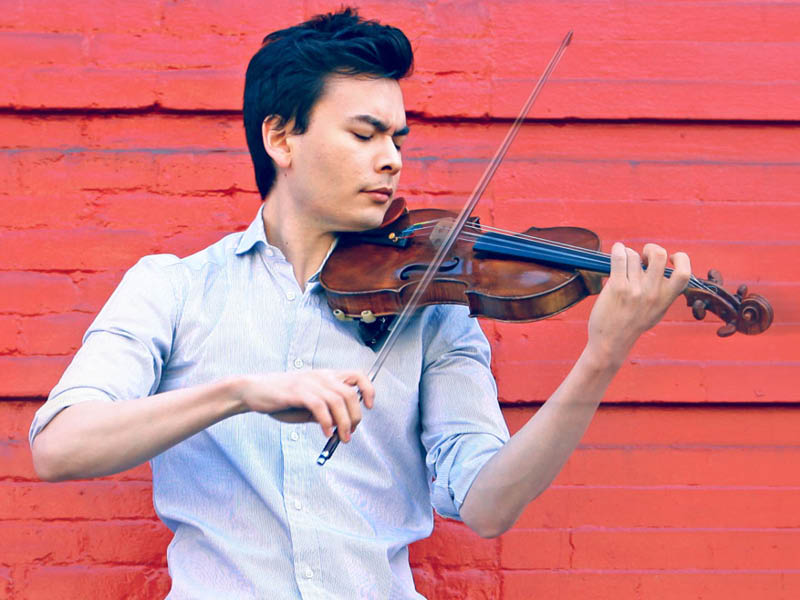 Rafael Payare, is one of the most prominent and internationally sought-after conductors of his generation. His innate musicianship, his brilliant technique and the charisma he radiates on the podium characterize his musical style and approach. He won the prestigious Malko International Competition for Young Conductors in Denmark in 2012, from 2014 to 2019, he was Music Director of the Ulster Orchestra and since 2019 he has been Music Director of the San Diego Symphony, and The Orchestre symphonique de Montréal announced that Rafael Payare will become its next Music Director, effective from the 2022-2023 season.

Stefan Jackiw is one of America’s foremost violinists, captivating audiences with playing that combines poetry and purity with an impeccable technique, hailed for his "uncommon musical substance" that is “striking for its intelligence and sensitivity” by the Boston Globe, he has appeared as soloist with the Boston, Chicago, Cleveland, New York, Philadelphia, and San Francisco symphony orchestras, among others.