The passion of love lost is the theme explored by The Cleveland Orchestra with Karina Canellakis on Tchaikovsky's Fourth at Blossom Music Center on Sunday, August 15th 2021. Whether its Tchaikovsky, seeking solace, his life lies in tatters after his marriage that only lasted six weeks. Nearly mad with passion, he poured out his feelings into his Fourth Symphony, and the act of writing the music itself helped to rebalance his sanity. He said of the finale, “rejoice in the happiness of others, and you can still live.” Balanced against Dvorak’s The Wood Dove, where the dove sits on the grave of Kytice’s dead husband, whom she poisoned to be with another man, who subsequently died shortly after. The dove sings her a sad song day after day, until she feels too guilty and drowns herself in the river. Buy your tickets to, this not entirely sad, performance, the music is beautiful even if the story is a little depressing! 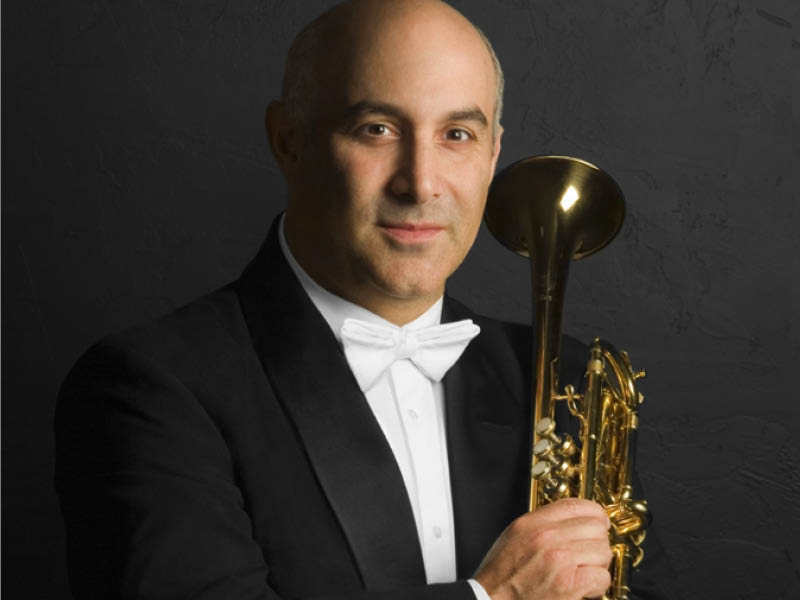 The Cleveland Orchestra with Karina Canellakis and Michael Sachs present Tchaikovsky's Fourth. The performances are:
• Dvořák; The Wood Dove
• Shostakovich; Piano Concerto No. 1
• Tchaikovsky; Symphony No. 4
The nights entertainment will be performed by The Cleveland Orchestra, conducted by Karina Canellakis and Michael Sachs will be playing the Trumpet
The Cleveland Orchestra is made up of 100-plus members, its summer home is Blossom Music Center, and they tour in the United States and around the world, and at various residencies such as Miami and Vienna. Hailed as one of the very best orchestras on the planet, noted for its musical excellence and for its devotion and service to the community it calls home. The Orchestras Performances of standard repertoire and new works are unrivalled at home and on tour across the globe, and through recordings and broadcasts.

Michael Sachs joined The Cleveland Orchestra as Principal Trumpet in 1988 and is the longest serving Principal Trumpet in the history of The Cleveland Orchestra. Praised for his “spectacular chops,” and “radiant tone,” he is recognized internationally as a leading soloist, recitalist, chamber musician, teacher, author and clinician. Among the twenty-four different solo pieces he has performed with the orchestra, highlights include the 1996 world premiere of John Williams’ Concerto for Trumpet, the United States and New York premieres of Hans Werner Henze’s Requiem in Carnegie Hall in 2000, the 2012 world premiere of Michael Hersch’s Night Pieces for Trumpet and Orchestra, and more.