Relive the film that started it all. Watch the wand choose the wizard, a troll run amok, and magic mirrors in high definition while a live orchestra performs John Williams’s iconic score. Don’t miss this once-in-a-lifetime event as Harry, Ron, Hermione and all your favorite characters return to the screen and enchant the world all over again. 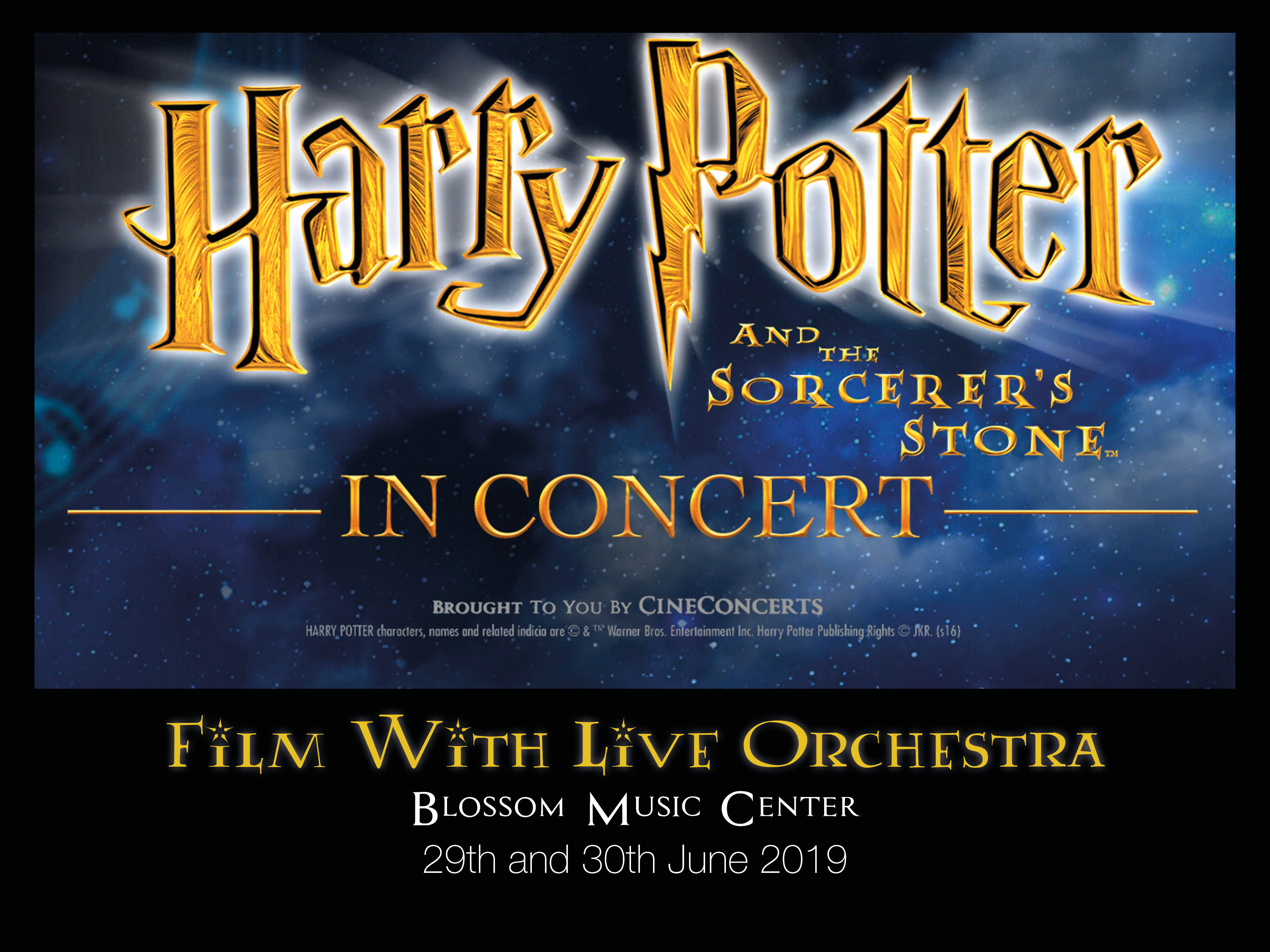 Directed by Chris Columbus
Stars: Daniel Radcliffe, Rupert Grint, Richard Harris
Return to the magical school from the mind of J.K. Rowling, the story that launched her career into the stars, and the movie that helped make the book one of the best selling world wide phenomenons ever. With over a 100 million copies sold and translated into 46 different languages.
Harry Potter (Daniel Radcliffe) who lives under the staircase of his aunt and uncles house, receives a visitor in the form of a half giant Hagrid (Robbie Coltrane) who tells him he has been inrolled in the prestigeous Hogwarts School of Witchcraft and Wizardry, also that he is the son of James and Lily Potter, two very powerful Wizards.. Harry finds that he is something of a hero among the wizarding world and makes friends easily, but he soon finds out that this world is far more dangerous for him than he could possibly imagine

Harry Potter and the sorcerer’s stone got an astonishing 81% fresh from rotton tomatoes with a Critics Consensus; Harry Potter and the Sorcerer's Stone adapts its source material faithfully while condensing the novel's overstuffed narrative into an involving — and often downright exciting — big-screen magical caper.
“The quickest, zappiest two and a half hours of entertainment you'll ever see.” – Peter Bradshaw Guardian
“If for nothing else, the Harry Potter films always find a way to give me a great sense of nostalgia. I, like many others, grew up with this franchise. In many ways, this was our generation's Star Wars. It was the 2000's pop culture phenomena. I'm happy to say that the first film, The Sorcerer's Stone, still undoubtedly holds up. I feel like I should first mention just how impressive it is that Warner Bros and their casting directors found the perfect Harry, Ron, and Hermione. Yes, the rest of the film is also impeccably casted with Maggie Smith, Richard Harris, Robbie Coltrane, and Tom Felton just to mention a few, but it's the core three characters that carry this franchise.” – Thomas D

The orchestra will be led by Justin Freer, conductor

“The Cleveland Orchestra’s visit to the Philharmonie de Paris was unquestionably a can’t-miss musical event. Our expectations were fully met as we found the Austrian conductor’s interpretation of Mahler’s Sixth Symphony convincing, both in substance and in form. The orchestra upheld its reputation for excellence. This was a pertinent and intelligent interpretation, a very committed and convincing performance. Bravo!” – ResMusica (Paris), October 2017
“This is an orchestra that has the marvelous ability to shift between pathos and clear, structured thought, without exaggerated sound splitting, without theatrics. This is especially true for their conductor — Welser-Möst’s interpretation of Beethoven was exemplary in its clarity while avoiding extremes, even in the tempos.”—Badische Zeitung, August 2016