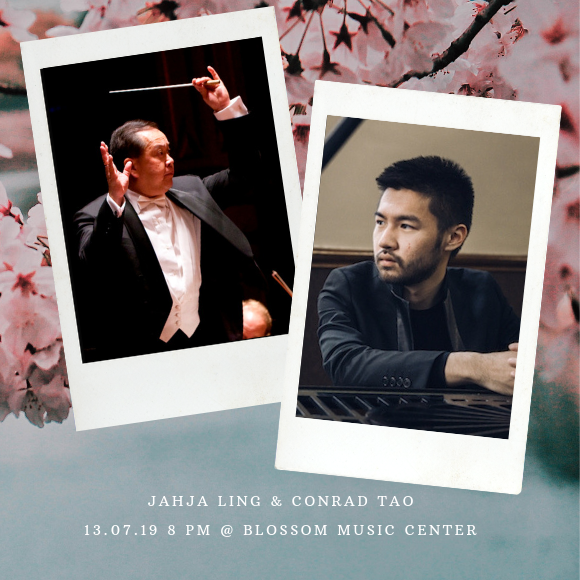 Maestro Jahja Ling needs no introduction in the American orchestra scene especially not with The Cleveland Orchestra fans. His career as an internationally renowned conductor has earned him an exceptional reputation in the music industry. Jahja Ling is the first and only conductor of Chinese descent who holds a music director position with major orchestras in the US and has conducted all of the major symphony orchestras in North America including Boston, Chicago, Cleveland, Los Angeles, New York, Philadelphia, Pittsburgh and San Francisco.

Jahja Ling holds a special relationship with one of the world’s greatest orchestras, The Cleveland Orchestra. Starting in 1984 and continuing for 34 seasons, he has conducted more than 550 concerts over 600 works.

This time, performing hand in hand with Jahja Ling would be Conrad Tao, a young, fearless American composer and pianist and former violinist. This Tchaikovsky Fourth concert would be Tao’s debut performance at the Cleveland Orchestra.

Since childhood, Tao's piano and violin performances early recognition at music festivals and competitions, and he is receiving critical praise for his recitals and concerts with symphony orchestras. By the age of 13, Conrad Tao was featured on the PBS TV series From the Top – Live from Carnegie Hall as violinist, pianist and composer. Thereafter, Tao won eight consecutive ASCAP Morton Gould Young Composer Awards. Some of his acclaimed compositions have been commissioned by the New York Philharmonic, Hong Kong Philharmonic, Pacific Symphony and Dallas Symphony Orchestra.

Be sure not to miss out on this powerful duo perform at the Blossom Music Center this July 13th at 8pm. Purchase your tickets now before it is all sold out!

Below is the program for this star shimmering midsummer’s night:

MUSSORGSKY – “Dawn on the Moskva River” from Khovanshchina
PROKOFIEV – Piano Concerto No. 3
TCHAIKOVSKY – Symphony No. 4