Celebrate the start of the Blossom season, with an explosive first night! The Cleveland Orchestra with Brett Mitchell presents, An American Celebration at Blossom Music Center on Saturday, July 3rd 2021. Enjoy a fantastic night under the stars with remarkable music, impressive fireworks, and whole lot of fun for the family! Join The Cleveland Orchestra for its first public performances in more than a year, tonight’s performance will feature Copland’s iconic Appalachian Spring, Tchaikovsky’s 1812 Overture, with real cannons! A march by Sousa, and more. Grab your tickets for one of the best American independence celebrations anywhere! 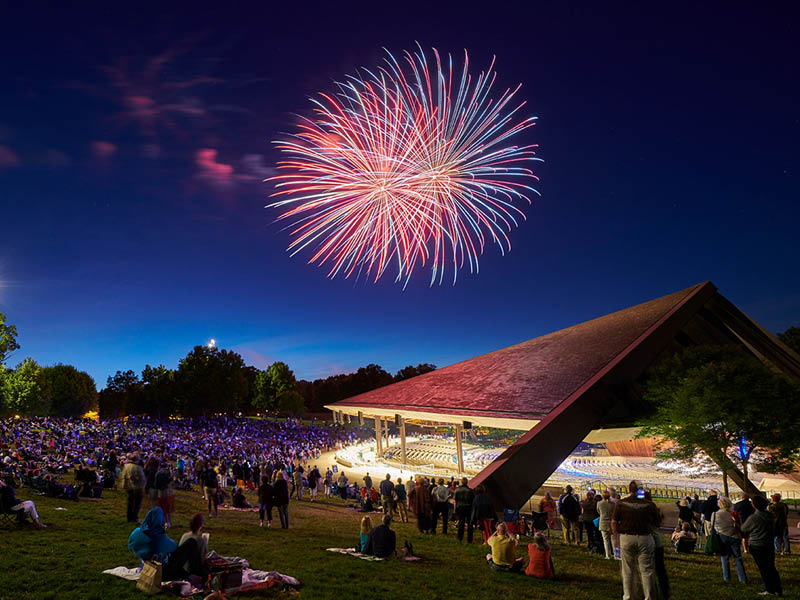 The Cleveland Orchestra with Brett Mitchell presents, An American Celebration will feature;
• Bernstein; Overture to Candide
• Watkins; Soul of Remembrance
• Price; Concerto in One Movement
• Hailstork; An American Fanfare
• Copland; Suite from Appalachian Spring
• Tchaikovsky; 1812 Overture, with cannons!
• Sousa; The Stars and Stripes Forever
The nights entertainment will be performed by The Cleveland Orchestra, directed by Brett Mitchell, with Michelle Cann on the Piano.

The Cleveland Orchestra is made up of 100-plus members, its summer home is Blossom Music Center, and they tour in the United States and around the world, and at various residencies such as Miami and Vienna. Hailed as one of the very best orchestras on the planet, noted for its musical excellence and for its devotion and service to the community it calls home. Its ongoing collaboration with Welser-Möst is widely-acknow­ledged among the best orchestra-conductor partnerships of today. Performances of standard repertoire and new works are unrivalled at home and on tour across the globe, and through recordings and broadcasts.