The is it, the greatest band in the world, Tenacious D, are once again hitting the road for the best and biggest tour in the world. Tenacious D will f***ing rock the Blossom Music Center on Friday, September 16th 2022 along with special guest DJ Douggpound. Grab your super sexy tickets to the greatest rock band in the world right here, this is a once in a lifetime opportunity, never to be repeated, that is, until the next tour, but who knows when that may be?! And, yes… watching this band live will make your girlfriend, boyfriend, wife, husband, or sidepiece want you more, you have been warned. 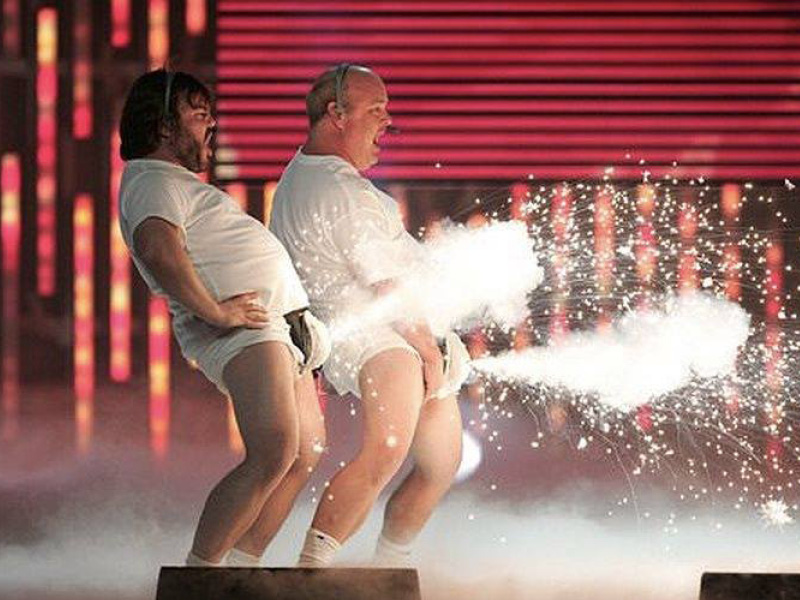 Their debut album, Tenacious D, featured the single, "Tribute", which has achieved cult status as the best, greatest and most phenomenal tribute song in the world, It also included Dave Grohl of Foo Fighters, on the drums. Tenacious D have been described as acoustic rock, comedy rock, and heavy metal, with the majority of their songs played on acoustic guitars, while relying heavily on power chords, their songs discuss the duo's purported musical and sexual prowess, as well as their friendship and cannabis usage in a style that music critics have compared with the storyteller-style lyrics of rock opera. Satire and comedy are a major aspect of Tenacious D's lyrical content. Gass said of their approach: "I'd love to do the straight music thing, but that's kind of against our mission, which is to rebel against the serious singer-songwriter mentality."

Last year, Tenacious D released a tribute to The Beatles in which they cover and mashup two songs from Abbey Road: "You Never Give Me Your Money" and "The End." with all the proceeds going to Doctors Without Borders, and in an interview in September, Jack Black stated that the band are working on their fifth album, claiming it is “a very big idea that we’ve been working on for years”, and that he predicts the album will be released sometime in 2024.