Two hair metal greats, Poison & Cheap Trick, team up for a nostalgia tour of epic proportions this summer, bringing the Nothin' But A Good Time Tour to Blossom Music Center on Tuesday 12th June 2018! With smash hits like "Every Rose Has Its Thorn" and "I Want You To Want Me", these bands will have you singing along all night long, so bust out the hairspray and get ready to rock! 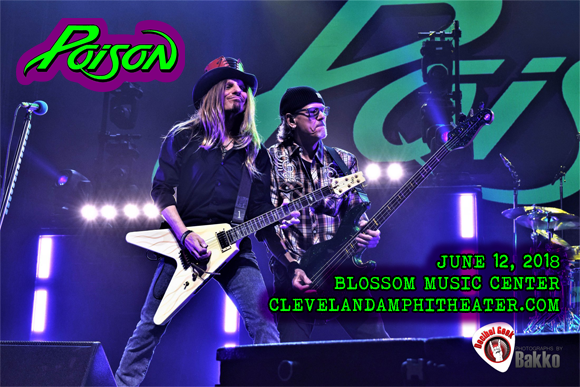 Best known for their number one hit “Every Rose Has Its Thorn”, American rock band Poison burst into the world of music with their 1986 breakthrough debut album, the multi-platinum Look What the Cat Dragged In. Their 1988 follow-up, Open Up and Say… Ahh!, became the band's most successful album and was certified five-times platinum in the US. The band enjoyed continued popularity throughout the 1990s, continuing their streak with their third consecutive multi-platinum selling album, Flesh & Blood.To date, the band has released seven studio albums, four live albums, five compilation albums, and twenty eight radio singles.