Are you ready to see Shotgun Willie take on the Outlaw Music Festival again this year? Head on to Blossom Music Center this Friday, July 29, to see the legendary country singer with his family and friends bring nothing but excellent country music performances to the audience. Joining the 88-year old country veteran are the American golden rock band ZZ Top and the Southern rock jam band Gov't Mule. Secure your tickets for the event and prepare to see how this year's festival tops the previous years. The performances from these three sought-after acts will surely make your list of the best summer concerts! Grab your tickets now, and don't miss out on the fun! 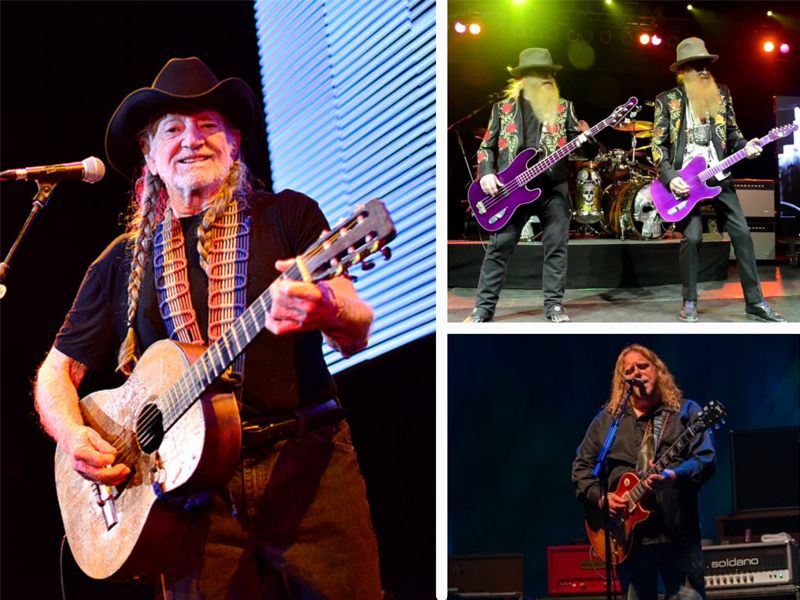 After his successful and emotional participation at the annual Luck Reunion in Texas, Willie Nelson is once again gearing up as he leads the multi-artist Outlaw Music Festival Tour this year. Like recent years, this year's lineup is an epic one, with some of the biggest names headlining the tour.

Aside from Willie Nelson & Family, other performers include Steve Earle & the Dukes, the Avett Brothers, Allison Russell, ZZ Top, Gov't Mule, Zach Bryan, War and Treaty, and Billy Strings. They will be performing alongside Willie Nelson on various dates throughout the tour.

"The Outlaw Music Festival Tour has always been about family and friends coming together for a great day of music and fun, and with the amazing group of artists joining us, this year promises to be our most special Outlaw Tour to date," Nelson said in a statement.

The festival's stop at Cleveland's Blossom Music Center will not only highlight impressive musicality of Nelson but will showcase Gov't Mule's signature performances. Expect Warren Haynes' incredible guitar playing, husky vocals, and versatility. Not to mention his superb slide-guitar skills that can easily awe anyone in the audience.

Rounding the lineup is the Texas-based American rock band ZZ Top. For half a century, this rock band has proven itself to be an ultimate performer. So we can expect that they'll be giving the audience the best time of their lives.

If you want to catch these amazing music icons in one stage, click on the "Buy Tickets" button to reserve your tickets! See you there.