Calling fans of One Direction and beyond – the beloved Irish member of One Direction, Niall Horan, is embarking on his long-awaited solo tour in 2018! This tour will be made extra special with support from country star Maren Morris, who collaborated with Horan on his song “Seeing Blind,” from his debut solo release “Flicker”. Get ready to catch these phenomenal singer/songwriters live as they come to Blossom Music Center on Wednesday 29th August 2018! Tickets in high demand – book NOW to be sure of your place! 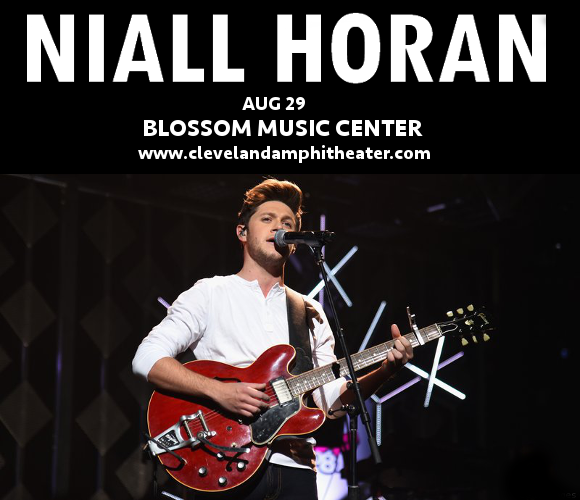 Since 2016, Niall Horan has been hot in pursuit of the solo career he’d envisioned when he first auditioned for the X Factor – and he’s been enjoying huge success so far, with the smash hit singles “This Town,” and “Slow Hands” as the first releases from his first solo album.

“I thought I’d finished the album last November or December, then I got bored in January and started writing again. I wrote Slow Hands on the first day and I ended up writing another 30 per cent of the album this year, so it’s fairly easy to get rid of the bad ones,” Niall Horan said, regarding the creative process behind the much-anticipated album. “The hardest decision was picking the final songs.”

With Maren Morris joining the pop star-turned-singer-songwriter on tour, the show promises to be a truly phenomenal one! What are you waiting for?? Grab your tickets NOW while you can!