NF (aka Nate Feuerstein) is headed out on his Cloud Tour this fall for his first stint on the road in two years, and he's coming to Blossom Music Center on Monday 27th September 2021! The chart-topping rapper will be performing tracks from the new mixtape, including "Paid my Dues", "Clouds", and "Lost", as well as hits like the multi-platinum single "Let You Down"! Tickets available now! 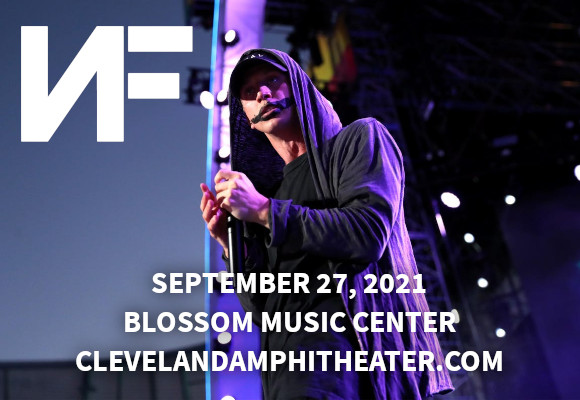 Michigan rapper and composer NF (full name Nate Feuerstein) had his Billboard breakthrough in 2014 with a self-titled EP that was a crossover hit, charting in the top-15 of the Christian, Top Gospel and Top Rap albums charts. His debut album, Mansion, followed in 2015, topping the Christian Albums chart, as did his 2016 sophomore effort, Therapy Session, which also topped the Rap Albums chart. However, it was NF’s third studio album, Perception (2017), that proved to make him a household name, debuting at number one on the Billboard 200 and gaining platinum certification. The album’s third single, "Let You Down", went five-times platinum and reached number 12 on the Billboard Hot 100, as well as topping the Hot Christian Songs chart. 2019’s The Search also debuted at number one on the Billboard 200, preceded by the singles "Why", "The Search", "When I Grow Up" and "Time". Clouds (The Mixtape), his most recent release, was released in March 2021 and reached the top-three on the Billboard 200, Christian Albums and Rap Albums charts.