PUT YOUR HANDS TOGETHER! As this mind blowing night of R&B and Hiphop comes to grace the stage! This summer you can catch the ultimate throwback show as the one and only Nelly takes to the road. Along with other acts including TLC & Flo Rida! Get ready as all three artists will be performing live at Blossom Music Center on Thursday 15th August 2019! There's no doubt this will be a sell out! 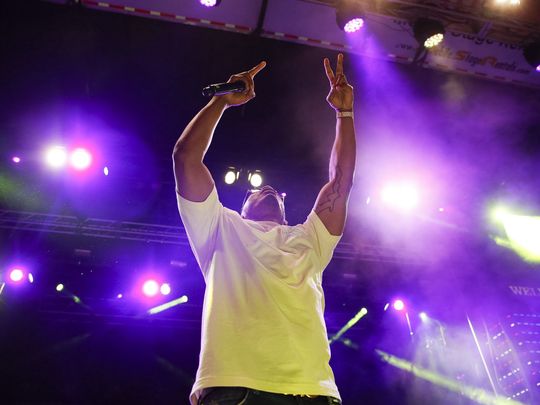 The hiphop artist Nelly, first came about on the scene with his release of his debut record "Country Grammar" the album included the fresh, hot selling lead single which gained him a massive exposure and pushed him into the top 10 charts. To this day Country Grammar has become one of his best selling releases of all time with a whopping 8.4 million sales and counting in the United States alone. Of course during this time in his career, Nelly was also well known for his collaborations with some of the biggest names including Destiny's Child's, Kelly Rowland, the famous global star Justin Timberlake, Murphy Lee, St. Lunatics and more… His groundbreaking first release put him on the map and transformed his career until today. As one of the most well known and best selling rap artists of all time!

TLC have had an incredible career also with their effortless yet powerful debut, they rocketed themselves to the top of the charts! Although it's been more than a decade since their last release, with their self titled TLC album, the group have explained that they feel like time has stood still and nothing has really changed. “We’re smart enough to understand what people love about us,” Rozonda Thomas said in an interview. “And they love the authenticity: the things we talk about, how we dress, how we perform. We just stick to that formula. The outcome is always going to be a TLC song because of the sound, her voice and my voice.”

You can expect to hear some unforgettable anthems as they take to the Blossom stage, along with Flo Rida! Prepare yourself to get down and boogie to some of the biggest classic singles from the 90's and the early 2000's – the perfect throwback!! If you love all of these artists, then whatever you do – do not miss out on this once in a lifetime experience! Tell your friends – it's the biggest event of the year hands down!!