Platinum bombshell and multi-award winning country queen Miranda Lambert hits the road again this summer on her red hot Keeper of the Flame Tour! The six-time CMA and ACM Female Vocalist of the Year comes to Blossom Music Center on Thursday 28th July and will be joined by fellow country superstars Kip Moore & Brothers Osborne! It's going to be a night of stellar music and party vibes – don't miss one of the top country shows this summer! 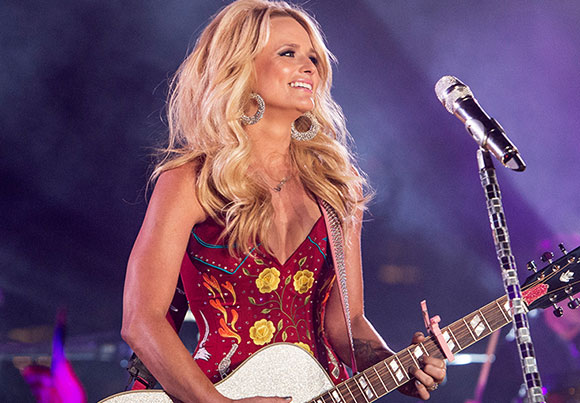 Country singer Miranda Lambert's music career was kick started in 2003, when she came third in the talent competition Nashville Star. September of that year saw the singer sign to Epic Records, with whom she released her debut album, Kerosene, in July 2004. The album was well received, debuting at number one on the Billboard Top Country Albums charts, and eventually gaining a Platinum certification by the RIAA, as well as producing four Top 40 singles on the Billboard country charts, including the title track which was a Top 20 hit. After Epic's Nashville division closed, Lambert was transferred to Columbia Records Nashville for her second album, Crazy Ex-Girlfriend, which was released in early 2007. To date, Lambert has released five studio albums, all of which have reached number one in the U.S. Billboard Top Country Albums Chart. As of April 2015, Lambert has won six consecutive Academy of Country Music Female Vocalist of the Year awards, giving her the record for most consecutive wins in that category, and as of November 2015 she became the first woman to have won the Country Music Association Awards' Album of the Year twice.