Contemporary Christian artists Maverick City Music and Kirk Franklin embark on a co-headlining tour to spread the gospel together this 2022. These award-winning acts will traverse North America on a 37-date trek called the Kingdom Tour! And there’s excellent news for fans in Ohio! The Kingdom Tour will stop at the Blossom Music Center on Friday, 17th June 2022! Let Maverick City Music and Kirk Franklin inspire you and energize your faith as they perform their most-beloved hits and fan-favorite tracks. If you love the gospel and want to participate in this musical fellowship, you better hurry and grab your tickets before they run out! 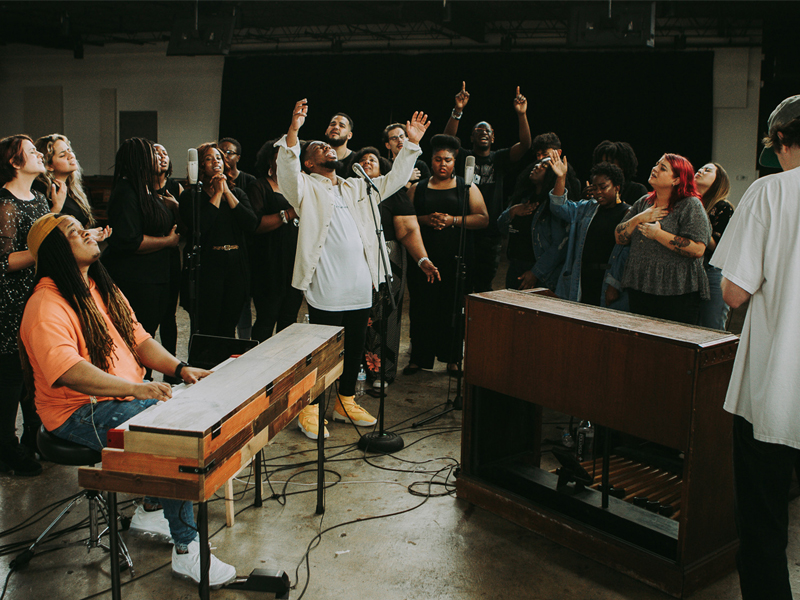 Since 2018, Maverick City Music has given contemporary Christian artists a voice and a creative outlet. The collective comprises singers and musicians from diverse backgrounds, providing them an avenue to express their faith and themselves. Founded by Tony Brown and Jonathan Jay, Maverick City Music is not afraid to experiment with music and explore different genres.

Fellow gospel artist Kirk Franklin is no stranger to Dove Awards. Currently, the Reigning King of Urban Gospel has 22 Dove Awards. In addition, he has also won 16 Grammy Awards throughout his career. Franklin has released nine studio albums, seven of which peaked at number 1 on the Top Gospel Albums chart. During the early days of his career, Franklin debuted with a choir and worked as their director. Known as Kirk Franklin & the Family, the group included 17 choir members and himself as the lead. In 2001, Franklin decided to work as a solo artist and released the Rebirth of Kirk Franklin in 2002.

See these fantastic gospel performers take the stage at the Blossom Music Center on Friday 17th June 2022. The Kingdom Tour also brings along Jonathan McReynolds and Housefires as special guests. Tickets are now available for purchase! Hurry up, and don’t miss out on the Kingdom Tour!