A bonafide stadium filler, country superstar Kenny Chesney will rock the Blossom Music Center on Thursday 28th May 2020. Chesney's Chillaxification 2020 Tour is set out to beat the past year's record for the highest-selling country music tour of 2020. And come to think of it, he may be set to break his own record! Joining and supporting him on stage for this tour are Old Dominion, Florida Georgia Line, and Michael Franti & Spearhead. With Chesney's record, ticket sales history may not be bound to repeat itself but to surpass it this time. No need to panic. Chillax… you could get tickets without leaving your seat. Just click on 'get tickets' link on this site to book tickets and save your seat until it's… showtime! 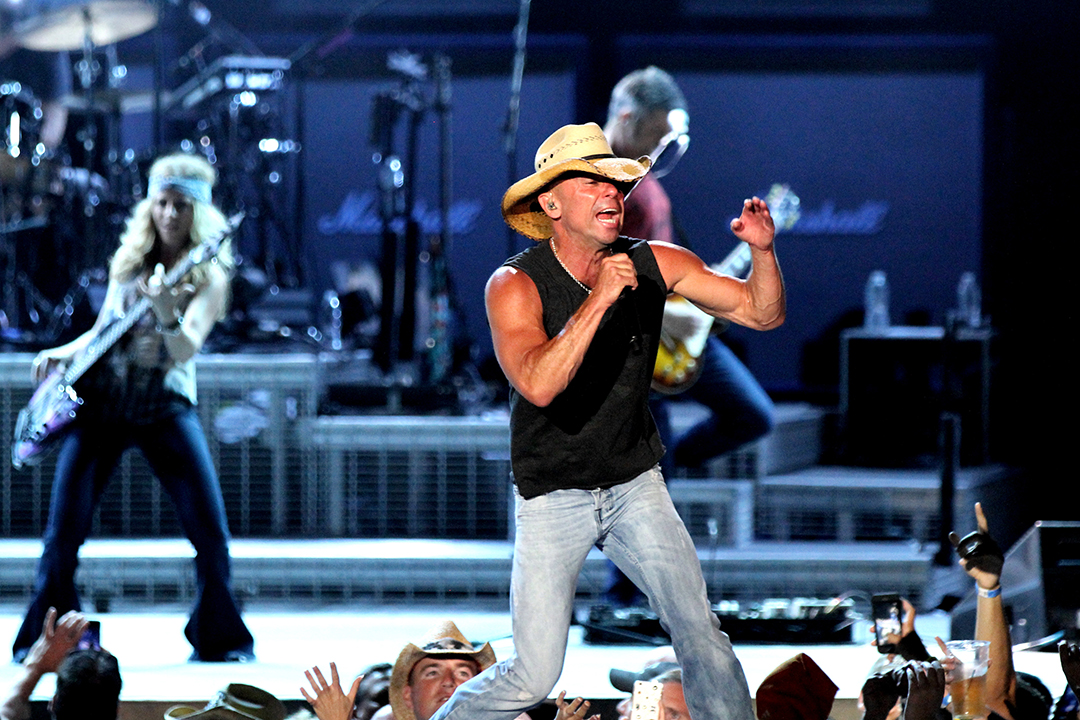 30 million albums worldwide. 30 number one singles out of his 40 Top 10 singles on the US Billboard Hot Country Songs and Country Airplay charts. These numbers belong to country superstar Kenny Chesney. which may be part of the equation of his success as one of the most popular touring acts in country music.

Smash singles make up hit albums. An album drives a tour. Kenny Chesney has been on this road many times over, since his 1994 debut "In My Wildest Dreams", which broke out the hits "Whatever It Takes" and "The Tin Man". And there are no signs of him slowing down. Kenny Chesney emerges at the top of his game, better than ever, fully energized to rage on and rock the stage.

“These stadium shows are the most fun thing I do," Chesney says in a press release. "It’s been a year, so when I get out there, I wanna make sure that No Shoes Nation is being rocked, having fun and getting all the music they can out of the day."

Be it monster stadium venues or an intimate gig, or cozy amphitheater Kenny Chesney loves the warmth of his gathering of fans. “As crazy and awesome as the stadium shows are — and there’s nothing like them — there is a vibe to the amphitheater shows that only happens in those places. You look out at the lawn, you see everybody coming together, singing the songs — and it’s this community that feels so close.”

Country music's finest hour is just a few ticks away. Time is of the essence. Book your tickets now!