Josh Groban & Sarah McLachlan comes to Blossom Music Center on Wednesday 10th August 2016! American multi-platinum singer/songwriter – Josh Groban has sold over 25 million records worldwide and charted as the No 1 bestselling artist in the US! Sarah McLachlan has sold more than 40 million albums worldwide. She is an eight-time Juno Award winner and a three-time Grammy Award winner! Together they make the perfect duo, catch them LIVE! 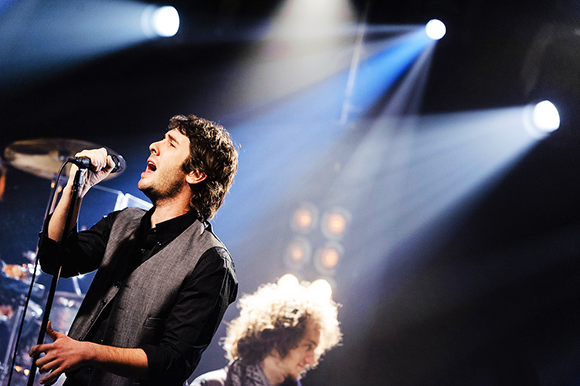 Josh Groban is an American singe and songwriter, who rocketed into stardom in 1999 at the Grammy Awards, where he was asked to stand in for Andrea Bocelli to rehearse a duet with Celine Dion.

Since then, he has continued to develop his career, with use of his bold baritone voice to re-visit classic songs and give them a modern twist. His musical style ranges across a number of genres, always keeping his classical roots, with a popular twist at all times. Josh Groban is known best for his smash hit single covers such as "You Raise Me Up," "You'll Never Walk Alone" and the Les Miserables anthem "Bring Him Home!"