Releasing his hotly anticipated album The Search For Everything in installments over this year, seven-time Grammy Award-winning singer songwriter John Mayer is embarking on a brand new tour! Coming to Blossom Music Center on Wednesday 30th August 2017, this very special show sees the sensational performer treating fans to three distinct sets, with Mayer performing with a full band, as an acoustic solo act, and as part of the incredible John Mayer Trio! 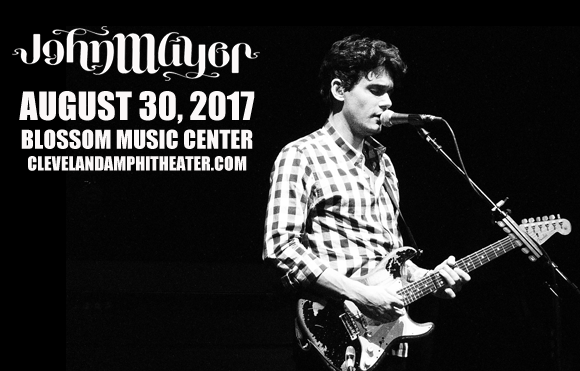 John Mayer is an American singer, songwriter, guitarist and producer who first came to the attention of major music labels upon playing South by Southwest Festival in 2000. Signing to Aware Records, and then Columbia Records, Mayer released his debut studio album, Room For Squares, in 2001. Both Room For Squares and its follow-up, Heavier Things (2003), achieved multi-platinum sales, and were well received. Mayer has also released music as part of the John Mayer Trio and, more recently, Dead & Company, with three former Grateful Dead musicians. As of 2014, he has sold a total of over 20 million albums worldwide, and he has won seven Grammy awards from nineteen nominations.