Country royalty and a legend-in-the-making join forces as Hank Williams Jr. & Chris Stapleton embark on a co-headlining tour that any country fan would be a fool to miss! The dynamic duo will be heading to Blossom Music Center on Friday 19th August for a night of big voices and showstopping performances that will leave you spellbound! Don't miss what will be a truly phenomenal show! 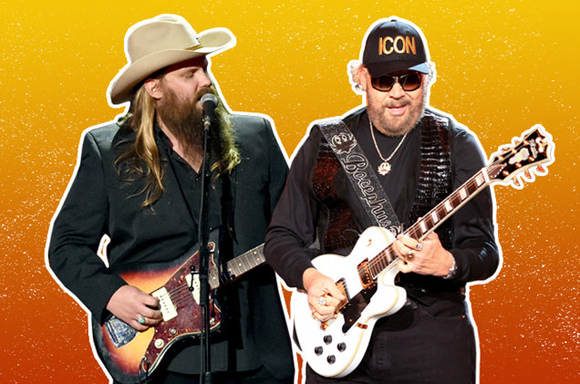 Son of legendary country music star Hank Williams, Hank Williams Jr is an American singer-songwriter and musician. Beginning his music career by following in his father's footsteps, Williams made his recording debut with "Long Gone Lonesome Blues", one of his father's many classic songs, in 1964, and provided the singing voice of his father in the film Your Cheatin' Heart the same year. Throughout the 1960s and early 1970s, Williams had numerous hits and made his name as a “Hank Williams impersonator”. After a near-fatal accident in 1975, Williams returned to the music scene in the 1980s with a blend of country, rock, and blues. Between 1979 and 1992, Williams released 21 albums, 18 studio & 3 compilation, that were all, at least, certified gold by the RIAA. Between 1979 and 1990, Williams enjoyed a string of 30 Top Ten singles on the Billboard Country charts, including eight No.1 singles. In 1982, he had nine studio albums simultaneously on the Billboard Top Country Albums chart, none of which were greatest hits or live albums.