This generation's voice of indie-pop music belongs to none other than Halsey. She's one big ball of energy waiting to explode in her current "Manic" world tour. She ready and raring to take on center stage at the Blossom Music Center on Sunday 21st June 2020. From the moment her Soundcloud-release single “Ghost” caused a viral frenzy, and up until the world went manic on The Chainsmokers' EDM monster hit "Closer", Halsey's meteoric rise was unstoppable. With her unbroken string of singles that are now all the rage in streaming sites and social media, it is indeed high time she give in to her fans' clamor for a live concert tour. Now here it is… it's time to get your fingers busy by clicking on the 'buy tickets' link on this site. Book your tickets now! 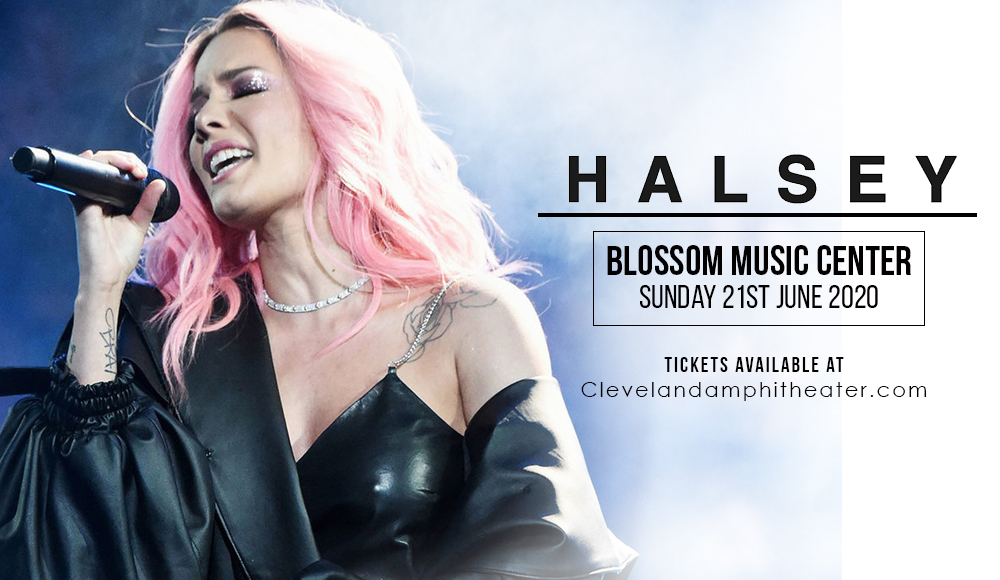 "Manic" is most probably a word that Halsey heard often as she went through her personal stages of mood swings and emotional turmoil. Yet Halsey channeled this forced into songwriting, recording, and releasing songs on sites like YouTube and Kik, and in particular Tumblr. After meeting a music guy who invited her for a collab, the result was a song called "Ghost" which was uploaded to Soundcloud. The song caught on quickly on social media, and the phones began ringing incessantly, so to speak — labels, producers, agents… as well as a viral wave of shares and buzzwords from new found followers. Not too long after, Halsey released her first major-label album, "Badlands", which debuted at No. 2 on the US Billboard 200, with the lead single "Without Me," reaching the No. 1 on the US Billboard 100, and catapulting the album to reach the Platinum mark.

Another breakthrough that came Halsey's way which gave a big boost to her international popularity was her vocal stint for the song "Closer" by The Chainsmokers'. The single , which topped the charts of over fifteen countries and was later certified Diamond in the US. From there, a slew of citations and awards flowed in. Halsey received nominations and scooped up several wins in various Billboard awards which include Women in Music Rising Star and Top Collaboration for her work on "Closer" with The Chainsmokers. She also holds the Guinness World Record award for Most Viewed YouTube Video in 24 Hours with BTS and its song "Boy With Luv."

Explosive energy, authenticity, naked soul, no-holds-barred emotions, notoriety… Halsey is the real deal in stage presence that connects and seize her audience's undivided attention, leaving them utterly amazed and mind-blown. Get that Halsey effect. Don't ever miss it!