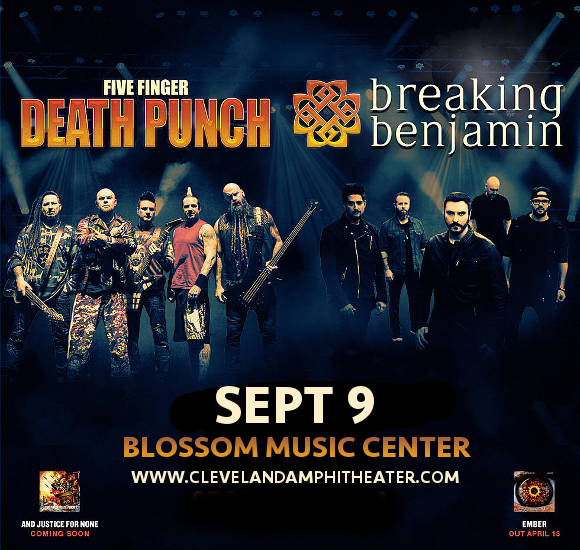 Support act Bad Wolves have seen huge success as of late with their cover of The Cranberries’ “Zombie,” hitting millions of YouTube views in just two weeks and hitting the top of rock and metal charts around the world!! Both headliners have new albums nearing completion and scheduled for release in 2018. From Five Finger Death Punch, expect “And Justice For None,” on May 18, and from Breaking Benjamin comes “Ember,” out on April 23!!

"People have always really liked the heavier side of the band. I think that's what they sort of gravitate towards. But we also make sure to explore our melodic and softer side too," stated frontman Ben Burnley. "We just tried to make it more extreme—the softer side on this album is really soft, and the heavy side is really heavy. We decided to give everybody what they want to the furthest degree."

Get ready to hear it all live on September 9th – have you got your tickets yet??