Avenged Sevenfold’s next enormous North American tour is here!! Continuing to promote 2016’s Grammy-Award nominated album “The Stage,” they’ve announced the End Of The World tour with Prophets of Rage, Three Days Grace, and more to be confirmed! Coming to the Blossom Music Center on Monday 6th August 2018 – get your tickets today!! 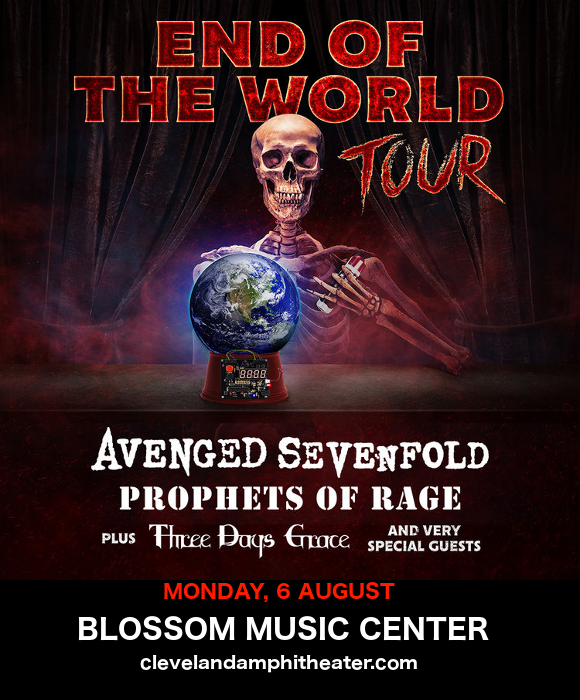 Joining Avenged Sevenfold on tour this year are The Prophets Of Rage. A supergroup of hard rock, their lineup includes former Rage Against The Machine members Tom Morello, Tim Commerford and Brad Wilk, in addition to Chuck D and DJ Lord of Public Enemy and B-Real, from Cypress Hill!! They’re highly psyched about their upcoming tour with Avenged Sevenfold, as Tom Morello, their frontman stated; "Awful pop dominating the airwaves? Political chaos across the land? Wanna fight back? Well the 'End Of The World Tour' is here! Prophets Of Rage and Avenged Sevenfold have always played absolutely uncompromising music. If you want your summer loud, raw and fearless – we'll see you in the pit.”

Get ready for that loud, raw and fearless summer – grab your tickets to see Avenged Sevenfold, Prophets of Rage and Three Days Grace live QUICKLY, before they go!!