Back, due to overwhelming demand, Def Leppard are touring North America this summer! But that's not all! Joining the hard rock heroes will be "Keep On Loving You" legends REO Speedwagon, and tour mates from last summer Tesla! Catch all three epic bands at Blossom Music Center on Monday 29th August 2016 – it's gonna be wild! 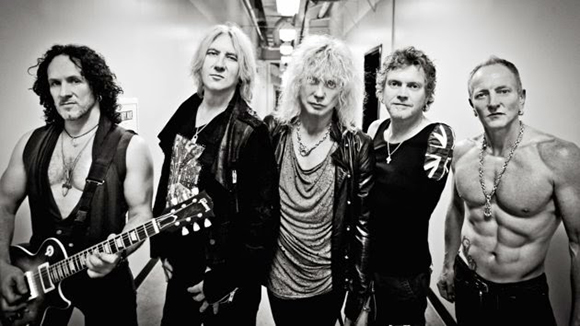 With over 100 million records albums sold worldwide, two RIAA Diamond certified albums and a passionate and loyal fan-base, Def Leppard are one of the world's best-selling bands of all time! Their biggest success commercially, 1987's Hysteria, spawned seven singles including: "Love Bites", alongside "Pour Some Sugar on Me", "Hysteria", "Armageddon It", "Animal", "Rocket", and "Women". Hailing from Britain, the band found huge success on both sides of the pond during the 1980s and 1990s, and are one of only five rock bands with two original studio albums selling over 10 million copies in the U.S. Their harmonic hard rock saw them inducted into the Rock Walk of Fame in 2000, and they were ranked No. 31 in VH1's "100 Greatest Artists of Hard Rock" and No. 70 in "100 Greatest Artists of All Time".