If a band is known to play each song differently in every live performance, then this band is truly an indomitable force to reckon with. No one else can claim this other than DMB or the Dave Matthews Band. Hence, any DMB concert tour is met with eager anticipation by fiercely loyal fans who have trekked with them since the '90s, plus a consistently growing number of new recruits who have just recently uncovered the treasure trove of hits. Expect them to turn up as DMB will be making their way to the Blossom Music Center on Tuesday 23rd June 2020. Pin the venue, save the date, and lock-in your tickets now! 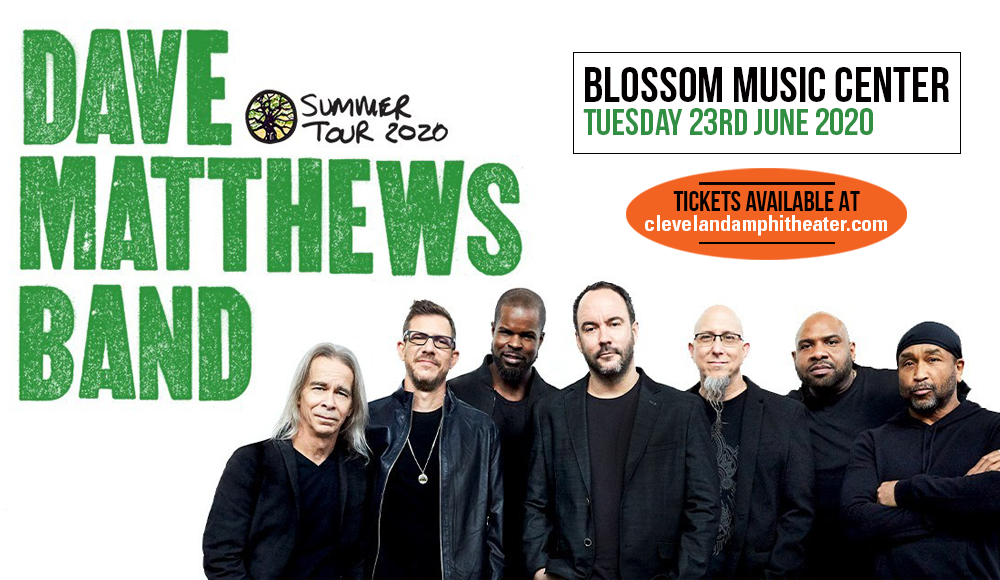 Alternative/soft rock / jazz-rock band, DMB or Dave Matthew Band is loosely described as a jam band, are known for two things that seal their ingenuity — their unique creative and non-repetitive twists in their song renditions, and notoriety for being one of rock's most bootlegged bands. DMB is highly reputed for its tight, engaging live shows which the fans love and the critics laud.

Their 1994 major-label debut album, "Under the Table and Dreaming", gave them a great start as it was certified six-times platinum. Over the years, their cumulative sales count to 91 million CDs and DVDs. With their 2018 album "Come Tomorrow" debuted at number 1 on the Billboard 200, Dave Matthews Band are known to be the first group to have seven consecutive studio albums debut at the peak. DMB also scooped up the1996 Grammy Award win for Best Rock Vocal Performance by a Duo or Group for "So Much to Say". And as more fans trooped to their concerts and music festival gigs, DMB had sold more than 100 million concert tickets as of 2018.

A Dave Matthews Band concert is guaranteed to rake-in massive ticket sales. Make sure you're counted. Book your tickets now!