Three-time Grammy Award winner Darius Rucker brings his Southern Style to Blossom Music Center on Friday 26th August 2016 with his Good for a Good Time Tour! The former Hootie and the Blowfish frontman will be joined on his 30 city trek by sensational newcomer duo Dan + Shay, and up-and-coming country star Michael Ray! Don't miss this night of incredible voices and songs to make you bob your head! 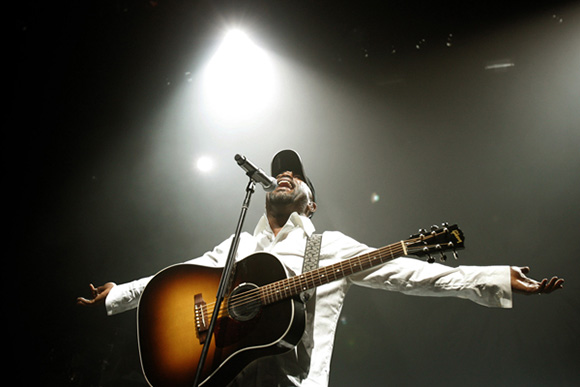 American singer, songwriter and musician Darius Rucker began his career in 1986 as singer and lead guitarist of Hootie and the Blowfish, whose 1994 debut album Cracked Rear View was certified 16 times platinum by the RIAA, becoming the best-selling album of 1995 and one of the fast-selling debut albums of all time. After releasing his debut solo album, the neo-soul flavored Back to Then, in 1992, Rucker decided to turn to country music, signing to Capitol Records Nashville in early 2008. His first release with Capitol Nashville, Learn to Live, was released later that year and its first single, "Don't Think I Don't Think About It", made him the first black artist to reach No. 1 on the Hot Country Songs charts since 1983.