If you love the Counting Crows then get ready for some massive news – they’re back to celebrate their 25th anniversary as a band in 2018 with a HUGE North American tour! With special support from Live, they’re coming to the Blossom Music Center on Sunday 26th August 2018 – tickets are expected to sell out FAST so don’t delay in getting yours!! Book now to be sure of your place at the show!! 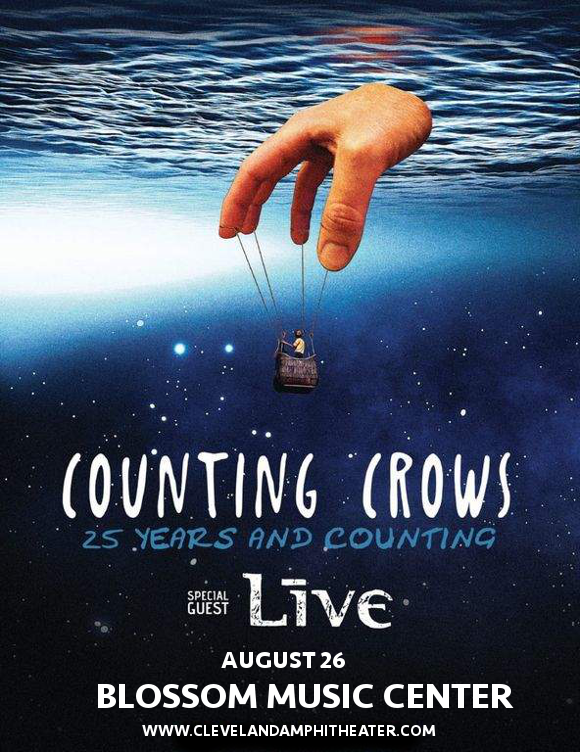 With their debut full-length release "August and Everything After" in 1993, the Counting Crows gained massive popularity, in particular for their smash hit single “Mr. Jones.” Seven albums later, and that same popularity has shown no signs of waning. Counting Crows’ upcoming tour will include performances of songs from their most recent release, “Under Wonderland”. “To me, it’s my favorite record we’ve ever made and has my best songs on it,” vocalist Adam Duritz said in an interview. “I’m really in love with “Palisades Park”.… It was a very satisfying record to make. I liked everything about that record, including the touring, I was happy about.”

The band are well-known for their diverse live performances, featuring improvised versions of their existing material, as well as cover songs. Fans can never know exactly what to expect!

Listen to and watch the video for the single “Palisades Park,” below – but don’t wait about too long, those tickets won’t last!!