All righty country fans, grab yer hats and hold on to yer Tennessee whiskey’s! It’s Chris Stapleton's All-American Road Show! Coming to you live at the Blossom Music Center in Cuyahoga Falls, Ohio on Thursday August 6th 2020. Chris Stapleton revives his annual All America Road Show for the fourth year in a row and also brings with him special guests for tonight, Elle King & Kendell Marvel. The show is in support of his second and third studio albums, From A Room: Volume 1 and From A Room: Volume 2. 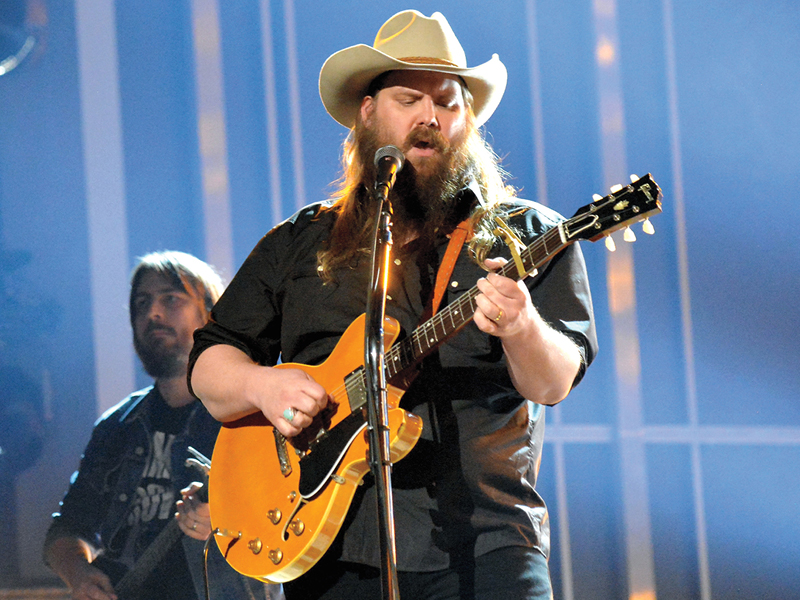 Chris Stapleton is a five-time Grammy Award-winning artist, Winning Best Country Album for both “Traveller” and “From A Room: Volume 1”, winning Best Country Song for "Broken Halos" and Best Country Solo Performance for "Traveller" and "Either Way". He also has seven Academy of Country Music Awards, ten Country Music Association Awards and five Billboard Music Awards, his studio albums Traveller (2015) and From A Room: Volume 1 (2017) both won the Country Music Association Award for Album of the Year and won the Billboard Music Award for Top Country Album in two consecutive years. . From A Room: Volume 2 was released in December 2017, it debuted at number two on the US Billboard 200. It received a nomination for Best Country Album at the 61st Annual Grammy Awards, with the single "Millionaire" being nominated for Best Country Solo Performance. He has been a critics’ favorite for years and has worked with a diverse array of artists, including Justin Timberlake, Vince Gill, Peter Frampton, Sheryl Crow and Ed Sheeran, as a vocalist, Stapleton sang lead in two bands before he started recording as a solo artist including a bluegrass ensemble from 2008 to 2010 called The SteelDrivers and The Jompson Brothers.