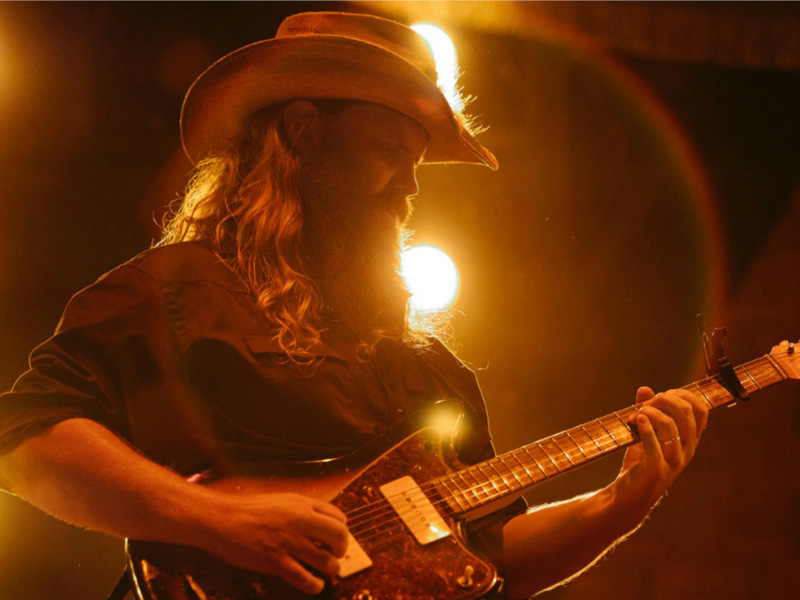 Last year has been a monumental year for the five-time Grammy Award-winning singer, songwriter and musician, Chris Stapleton. He was nominated for three more awards at the 64th Annual Grammy Awards for Best Country Album, for his newest album, Starting Over, Best Country Song for the single, “Cold”, and Best Country Solo Performance in the song, “You Should Probably Leave”, and that last one also got him nominated for Male Artist of the Year at the 57th ACM Awards, along with another four nominations including, Entertainer of the Year, and Video of the Year, for his work on Taylor Swift’s song, “I Bet You Think About Me (Taylor’s Version).”

Chris’s latest album, Starting Over, is an album of startling prescience, featuring fourteen tracks that examine life’s simplest joys and most serious struggles. The album debuted at #1 on Billboard’s Country Albums chart and landed on several “Best of 2020” lists including NPR Music, Rolling Stone, Billboard, Esquire, Vulture, The Tennessean and The New York Times, who declares, “Chris Stapleton’s roar isn’t designed to scare you off. It’s regal, an announcement of an alpha figure asserting his primacy…on this, his fourth album, the thrill is back.” It included the single, “You Should Probably Leave,” which reached number 1 on the Country Airplay chart, becoming his third number 1 single on the chart.