Breaking Benjamin With Bush featuring special guests Theory of a Deadman, Saint Asonia and Cory Marks all live at the Blossom Music Center in Cuyahoga Falls, Ohio on Sunday August 2nd 2020! Buy your tickets now to one of the heaviest metal tours this summer! Breaking Benjamin released their brand-new acoustic album, Aurora, in January. Bush will unveil their new album, The Kingdom, in May. And Theory of a Deadman released their brand-new album Say Nothing in January, so, what are you waiting for a whole night of brand-new music by these awesome bands! 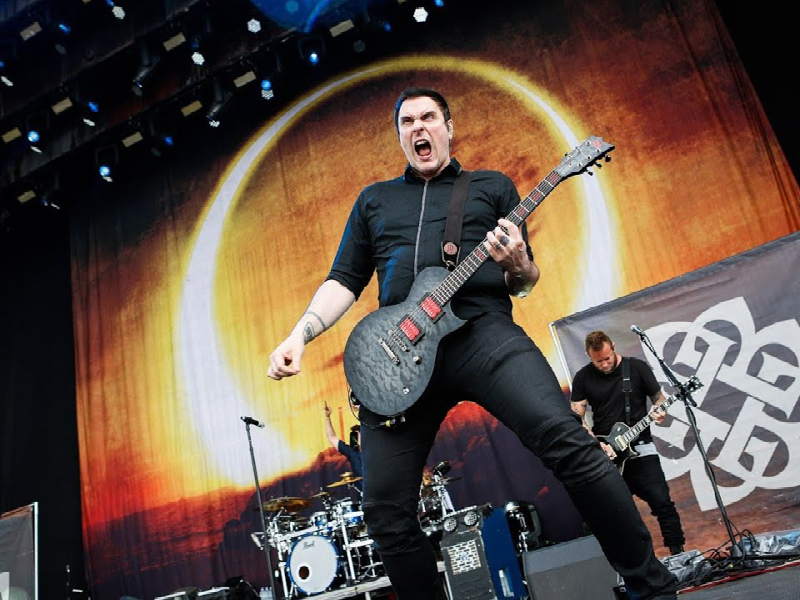 Post-grunge and alternative metal band Breaking Benjamin are lead singer, songwriter and guitarist Benjamin Burnley, bassist and backing vocalist Aaron Bruch, guitarist and backing vocalist Keith Wallen, guitarist Jasen Rauch, and drummer Shaun Foist. Breaking Benjamin's style was described by The Wall Street Journal in 2020 as "a subgenre of rock 'n' roll, often called 'active rock'… the genre includes bands like Disturbed, Five Finger Death Punch and Three Days Grace, hard rockers who growl and yell, but can be as tender and emotive as Coldplay." Aurora, the brand-new album appeared at number 1 on both the Billboard Top Rock Album and Hard Rock Album Charts, it is an acoustic album and features reimagined versions of the group's biggest hits. The album includes guest appearances from Lacey Sturm, Michael Barnes of Red, Adam Gontier of Saint Asonia, and Spencer Chamberlain of Underoath.

The Post-grunge and alternative metal band from across the pond in ol’ blighty Bush are lead vocalist and rhythm guitarist Gavin Rossdale, drummer Robin Goodridge, lead guitarist Chris Traynor, and bassist Corey Britz. Rolling Stone described Bush as "the most successful and shameless mimics of Nirvana's music" In March, the band released a new single, "Flowers on a Grave" and announced their new album was titled The Kingdom and will be released in May.