Brantley Gilbert is bringing his red hot The Devil Don't Sleep Tour to Blossom Music Center on Friday 4th August 2017! The sensational country singer will be joined by special guests Tyler Farr & Luke Combs, and it sounds like it'll be one hell of a show:

“These shows in the arenas are so loud and so wild. You almost can’t hold that energy in the building, but come summer — when we take it outside — it’s a whole other kind of deal when we get outside with the BG Nation,” Gilbert says in a press release. “There are so many different ways to do this come warm weather. And I like ’em all … [W]hen we take it outside, it’s just good, and we have the party of the summer everywhere we go.” 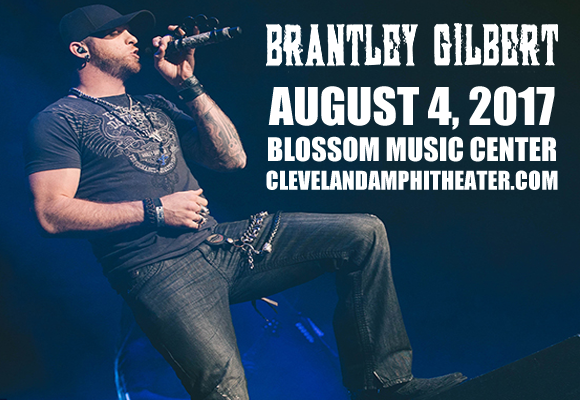 American country music singer, songwriter and producer Brantley Gilbert began his music career as a songwriter in Nashville, signed to Warner Chappell Publishing. 2009 saw the release of his debut album, Modern Day Prodigal Son, on fellow country artist Colt Ford's label, Average Joes Entertainment. The album was a hit, and featured the track “My Kinda Party”, which was co-written by Jason Aldean, who went on to release the song as a single. Gilbert's follow-up (2010's Halfway to Heaven) was also released on the label, and lead to Gilbert signing a larger deal with the Valory division of Big Machine Records, with whom he re-released the album. He went on to release  Just as I Am, The Devil Don't Sleep with Valory, and eleven country chart entries, four of which have gone to number one.